If an ex-partner has taken out a Domestic Violence Order (DVO) against you, it can have serious consequences in terms of access to your kids, or your job.

As such, you are doing the right thing and you should take steps to get legal help, sooner rather than later.

You are not alone, almost 20 per cent of all cases appearing in Queensland Magistrates Courts relate to DVOs.

Indeed in 2017-18, in Townsville alone, local Magistrates Courts heard 1,833 applications for a DVO.

And across Queensland people were almost as likely to have to front court over a DVO as they were an assault charge.

That said, while DVOs are common they can have serious consequences, up to one third of people who have a DVO taken out against them end up in jail over a breach.

So, getting prompt and professional legal advice from one of our expert team of Townsville Domestic Violence Order lawyers is essential.

Most cases involving a DVO also involve a family law matter – usually a divorce or a separation and often there are children involved.

In a lot of cases if a DVO is successfully taken out against one of the parties in a family law dispute, the courts will restrict the other person’s access to their children.

This is because under Queensland law the courts must take into account whether ensuring a person can see their kids could increase the risk of violence – between the two people breaking up.

However, if a person is about to lose access to their children, as a result of a DVO, the same laws also state that person must be given a: “reasonable opportunity to present evidence and to prepare and make submissions.”

Additionally, in Australian family law the courts generally start at the point of trying to work out a way for parents to have shared access to their children, but, one factor which can change this and mean just one parent gets access, is a history of domestic violence.

So, if there is a DVO in place, the court can recognise that there has been a history of domestic or family violence which can negate the presumption of equal parental responsibility and the starting point that the child lives with both parents on an equal basis.

This means it is essential to make submissions in your favour when a DVO is taken out against you.

This is something best done by a well-trained, professional lawyer with experience in this area and if this is the situation you are facing you should get in touch with our expert team of Townsville Domestic Violence Order lawyers.

Ensuring Your Side of the Story is Heard

Experience tells us very few things happen in isolation and some cases of domestic violence involve two people being violent – not just one.

If this is your case, Queensland law does enable you to have your side of the story heard – at the same time as the allegations against you go before the Magistrate.

This is called making a cross application and it is very important one of these is made on your behalf, if you are in fact the victim not the perpetrator.

Cross applications are important, especially if a DVO is being applied for when there are also family law proceedings.

However, this is something that is best done by an experienced member of our expert team of Townsville Domestic Violence Order lawyers. 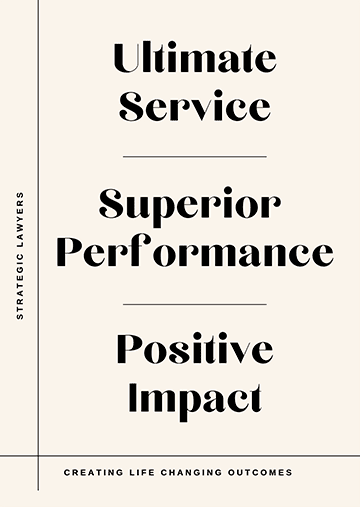 Consistently Voted in the
Best 3 Domestic Violence Lawyers in Townsville 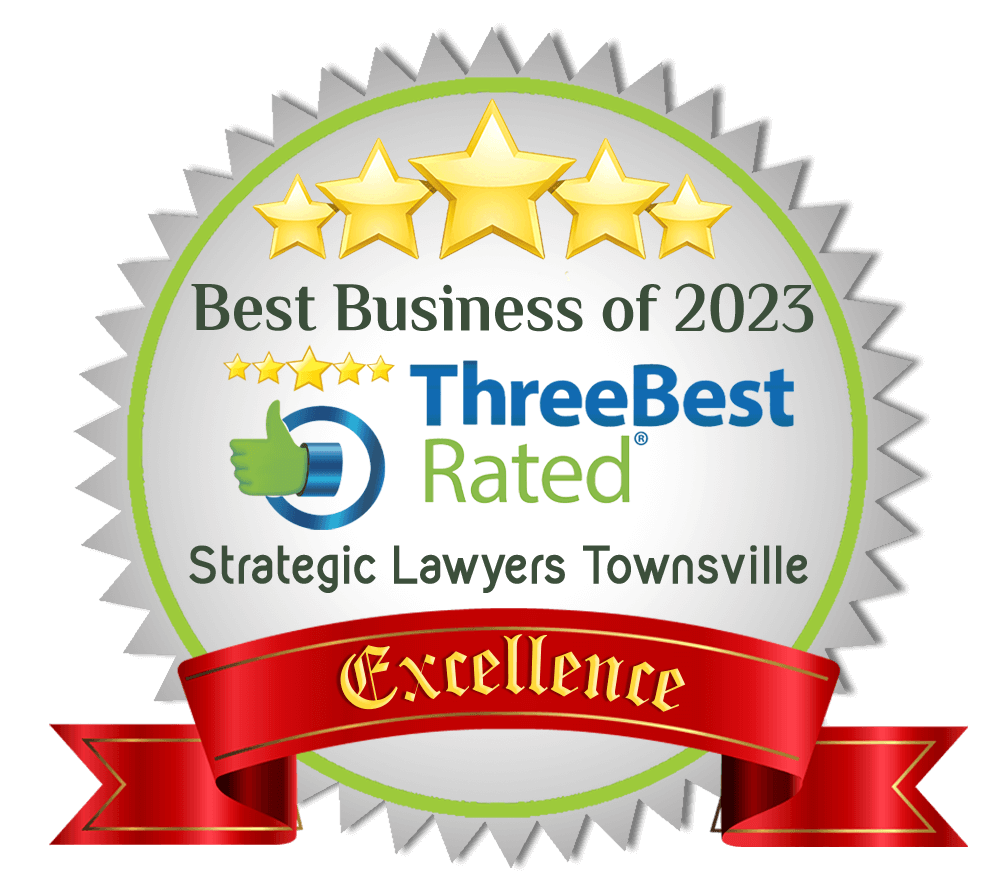 Domestic Violence Orders and Your Employment

If your job means you need to use a firearm then having a DVO taken out against you can impact your ability to work.

This is because under the Queensland laws which govern DVOs a court must ask whether a person has access to a weapon as part of their employment.

Further if it is established the person needs to have access to a firearm for their work – for example, if you are a serving member in the Australian Defence Force or a member of the Queensland Police Service, then it is likely their duties will be varied – or they will be unable to work.

The consequences can be even worse for people who work in security.

However, you do have the right to object to any such order and there are often very reasonable grounds to do so.

This is something best done by one of our expert team of Townsville Domestic Violence Order lawyers and if you’re facing this situation you should get in contact.

I’ve Been Charged with Breaching a DVO: How Likely is Jail?

Data from the Australian Bureau of Statistics shows in 2016-17 10,276 Queenslanders faced court over a breach of a domestic violence order.

Of those 9,456 were either found to be guilty or pleaded guilty, 93 were acquitted and 744 saw the charges they were facing dropped.

In the same year, data gathered by the Queensland Courts shows, there were 32,072 applications for domestic violence orders.

These numbers suggest that about one third of cases where there is an application for a DVO will then be followed b charges over breach.

It is not rare to encounter a case where a person is in jail over a DVO breach and often this is because they have not had proper representation.

Figures published in the media suggest about one in four people who face court over breaching a DVO end up in jail.

If you have been charged with this offence you should make contact with one of our expert team of Townsville Domestic Violence Order lawyers.

Breaching a DVO may mean you end up with a criminal record.

It is a criminal offence to breach a DVO under section 177 of the Domestic and Family Violence Protection Act.

If it is a person’s first offence the maximum penalty is a fine of $16,026 or three jail.

The maximum penalty if it is a second offence is a fine of $31,332 of five years jail.

It is not uncommon for people to be incarcerated over a breach of a DVO, if this is your situation you need representation from one of our expert team of Townsville Domestic Violence Order lawyers.

A few Reasons Why We are one of 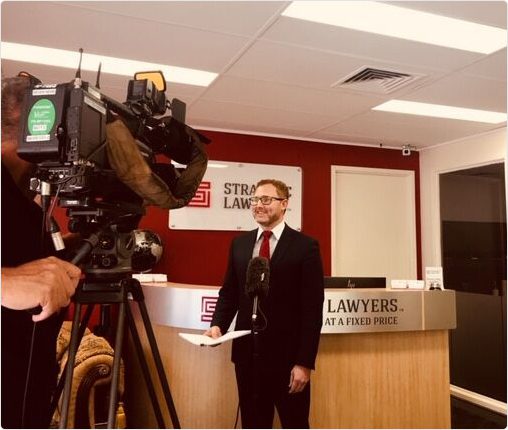 We believe you are here for a reason. And that reason is to ensure you get the best legal help possible, at the best possible price.

Here at Strategic Lawyers Townsville we’re experts in striking good bargains, but the most important bargain for us, is the one we strike with our clients.

Our offer is simple. We’ll ensure you know what’s going on. We’ll advise you on your best interests and we’ll never give up on your cause.

This means together we’ll reach the best outcome possible. Our people live in this community and we’ve been here a good while.

As such we know how important it is not only that you leave here satisfied but that you’ll recommend us. Call us now on 13 14 LAW and speak to a lawyer about your case.

Read About Us in the Media

I had received a very professional service from Strategic Lawyers throughout my case. Lawyers were proficient, efficient and addressed all matters promptly in a courteous manner

The experience was not only professional but also full of empathy and care.

All Lawyers were fantastic to deal with from start to finish. All-in-all it was a great experience

I would highly recommend using Strategic Lawyers. They represented me in my case and I felt like I had the best team in my corner

Sometimes life presents you with a momentous challenge, one which requires you to seek Legal Counsel. Strategic treated me with kindness and gave me the strength to keep fighting, even when I felt I didn’t have much control over the situation.

We chose strategic lawyers to handle the purchase of our investment property based on online reviews. Based on our experience, Strategic law firm act with integrity ,honesty and high level of professionalism.

I had a good experience with strategic, I felt looked after in a professional and caring manner, I felt as if the team at strategic really had my best interests at heart, and did their utmost to get me a good result.

Strategic made me feel extremely reassured and calm through the whole process from the first phone call, meeting and in court I was looked after I’m a very professional manner

I actually swapped over to Strategic Lawyers after not being satisfied elsewhere. The difference was like night and day. Strategic Lawyers kept me updated which dropped my stress levels.They explained things clearly.They are Professional and efficient. They got the best outcome for me-which I didn’t dare to even think was possible! I recommend them highly-in fact I will never use anyone else again. Thank you Strategic Lawyers Townsville.

I would highly recommend using Strategic Lawyers if you need representation in Townsville. I was represented by Anthony Sturgeon, and from the first consult till the closing case I felt comfortable and guided through the whole journey. My case was a criminal matter and having had no prior encounters of this nature I was very overwhelmed by the situation. Anthony is very professional and attentive to all your needs, especially when dealing with the law for the first time. Thanks to everyone at the firm.

A sincere thank you to Steve Hodgson and Justin Ireland for their hard work and professionalism during a difficult period. They not only allayed my concerns but were able to obtain an outcome beyond my expectations. I highly recommend them to anyone seeking legal advice.

Ben Watt and the team at Strategic Lawyers, went above and beyond to help my son and I. As such we were rewarded with a positive outcome. Can’t thank the team enough for their time, attention to detail and most of all their concern for our matter. Excellent service provided by all.

If you want a team of lawyers totally committed to your case, look no further. Their track record is great. They always get good outcomes for me and I always feel like I have great legal representation with them. They definitely communicate with me better than other law firms out there, and they take the time to listen to what I have to say and for me to get my story out in full. They’re not just interested in a pay check – they definitely care about me, my case, and my success. I definitely highly recommend these guys as they always achieve great results for me no matter what the case.

If you want someone to really fight for you, then look no further. I chose Strategic Lawyers because of their Fixed Prices, their friendly team and their passion. They were the bulldog in my corner when I needed it most. They won the case for me. I highly recommend them!

Very professional and compassionate. From the first consultation I could tell they genuinely cared about me and my situation. Their communication was outstanding. The best law firm I’ve ever dealt with.

I think the fix fee is brilliant. No nasty surprises at payment time. The staff are friendly and very helpful and speak in a language that you can understand clearly. I would recommend their services to anyone

Some of the Businesses We've Helped 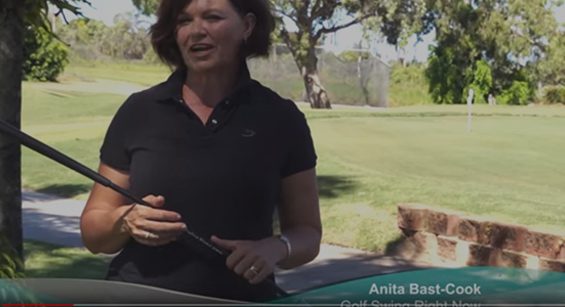 Latest News from Our Blog

Call and someone will answer the phone,