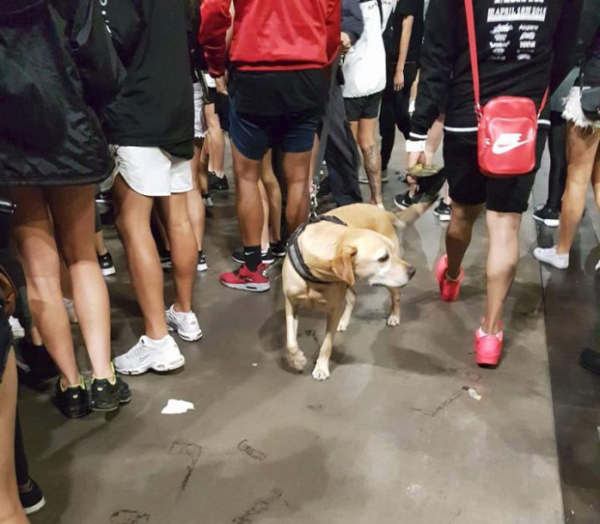 And it is worth knowing your rights if you are detained and searched by police as it can dramatically impact the outcome you get, if you face possession charges in court.

In May this year, just six days after senior Townsville police detailed a crime spike which led to a 25 per cent increase in property offences more than 60 officers and four drug detection dogs were sent to the Groovin the Moo music festival.

They charged 34 people with 50 offences.

One of those people, a teenager, was represented by Strategic Lawyers with key criminal lawyer Anthony Sturgeon pointing out the tactic of using sniffer dogs at the entrance to music festivals will often catch people carrying drugs solely for personal use.

“I don’t think anyone is saying police should turn a blind-eye to serious drug dealing,” Mr Sturgeon said.

“But searching people at a music festival, en-masse, is likely to lead to the arrest of people with small amounts of drugs that they’re intending on taking at the festival.”

The Law when Police Stop and Search You for Drugs

It is worth knowing your rights if you are stopped searched by police.

And if there is one key takeaway it is not to say, or do, anything to indicate you are consenting to the search.

Queensland’s Police Powers and Responsibility Act gives police the power to search people they suspect of having hard drugs – without a warrant.

To use this power and make the search legal, police need to show they had a reasonable suspicion the person was in possession of one of the following drugs – which are known as Schedule One drugs:

If police simply suspect you are in possession of a Schedule Two drug they can still stop and search you but, they must apply to a Magistrate afterwards and get something called a post search approval order.

Schedule Two drugs include what are generally thought of as soft drugs like: cannabis, coca leaf, psilocin (the psychedelic ingredient in magic mushrooms), temazepam, pure codeine and many other pharmaceuticals.

When police apply to the Magistrate they need to show they had a reasonable suspicion the person was in possession of drugs.

And importantly they must also show it is in the public interest for the search to be approved, after the fact, because the evidence they have found indicates a serious crime has been committed.

Regardless of what type of drugs a person is found with police need to show they had reasonable grounds to suspect they were in possession of illicit substances.

In a recent ruling from Queensland’s Supreme Court the Honourable Justice James Henry made comments which clearly cautioned police against overstepping the mark when making searches without a warrant.

“There is a real risk that police will pay lip service to the rules with which they must comply in detaining and searching vehicles and persons,” Justice Henry said after stating it was the court’s job to ensure police didn’t conduct unlawful searches.

He also noted the man facing charges fell “into the category of drug user, rather than drug dealer.”

In that case the Judge ruled that the drugs police found, could not be used in court, because there was insufficient evidence to warrant the search.

In a similar case a young man in his 20s was on his way to a music festival in Brisbane’s botanic gardens when he was stopped and searched by police.

Police searched the man because he looked excited and “hyperactive” and was carrying a bum-bag.

The Judge who was tasked with deciding whether, or not, the search was legal said: “there were no reasonable grounds for a suspicion.”

However, importantly the search was held to be valid and the young man was convicted because he consented to the search and let police go through a bum-bag which had pills in it.

“If there is one moral to that story it is that you are within your legal rights not to consent to a search and consenting to a search might have a negative impact on the final outcome of your case,” Strategic lawyer’s Anthony Sturgeon said.