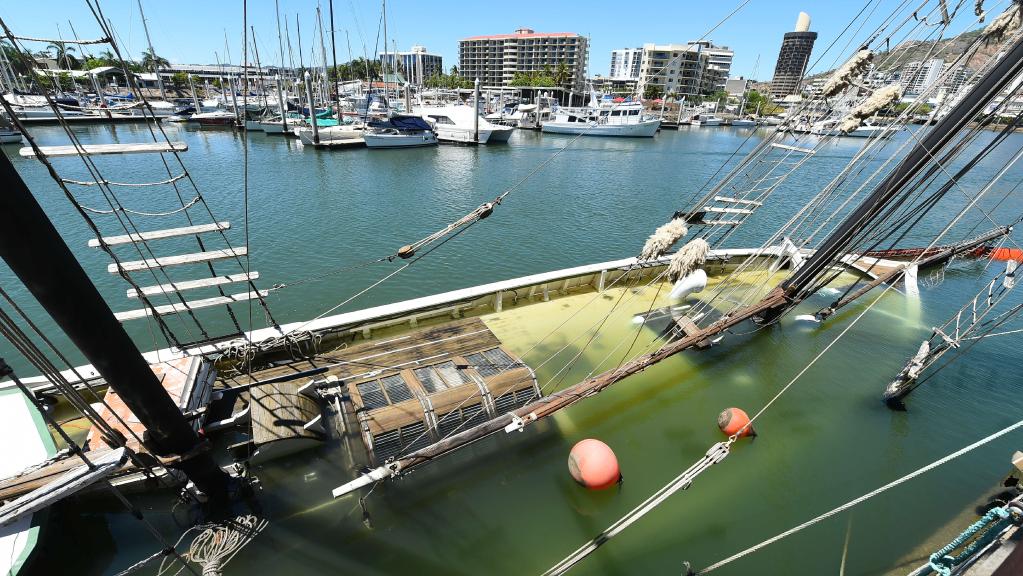 An ongoing debate and now court case has left Townsville’s sunken icon under the water for a little longer. The Defender is a 120 old ship which lives partially submerged in the Ross Creek here in Townsville just outside of the Museum of Tropical Queensland and has been there for 7 years now.

It is believed that the ship could sail again with enough money and will to save it. You might ask well why isn’t it then? The ship is glorious, a masterpiece, an antique of sorts. Well the reason isn’t one you’d expect.

An older bloke by the name of Brett Devine claims to have purchased the vessel from the Dick family for $1 (yes, that’s right, a single dollar) on the condition that he would salvage and restore the ship in conjunction with the Adelaide Nautical College. Keeping to his end of the bargain, Mr Devine has attempted to attend Townsville on several occasions to salvage the vessel although his ownership is appearing harder to prove then what he expected.

After countless visits to the courts and what seemed like a rather unrequired legal debate, it is noted in a statement by a Department of Transport and Main Roads spokesperson that Les Dick is remained responsible for all costs associated with the salvage of the Defender. Further more, “An order was issued in Townsville District Court on August 19 directing Les Dick, the owner of the tall ship Defender, to remove it from Queensland waters by October 30,” the statement read.

This is why at Strategic Lawyers in Townsville, we suggest that for any litigation matters it is highly recommended to have legal counsel that you can trust. No matter is too big or too small for Strategic Lawyers. Give us a call on 07 4795 1114 or email us via info@strategiclawyers.com.au.