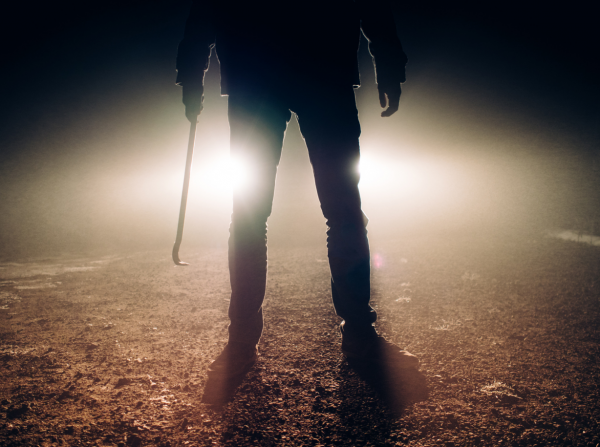 You’re asleep in your bed, your family is happily tucked away, then you hear footsteps.

At first you think it’s your pet.

But then you hear doors being opened, cupboards being rummaged through.

And at that moment the sickening realisation dawns on you, someone has broken into your home.

It’s an extreme situation but one which a relatively large number of people have confronted.

For some people the first instinct may be to call the police for help, others may choose to hide and some will choose to arm themselves with whatever comes to hand and confront the intruder.

Should you ever be in this situation this is what the law has to say about it.

Read other posts from our blog:

How Child Support is Really Calculated

One way to answer questions about a person’s right to defend their property against an intruder is to use the approach of criminal lawyer Kenneth Lambeth.

Lambeth considers the question as a competition between two rights – a person’s right to own property and the intruder’s right to life.

He argues that: “unlike life property has never been a fundamental right.”

This answers the first question, in Australia, a person can not kill someone, or attempt to kill someone simply because their property is threatened.

In Queensland this legal fact is also articulated in the Criminal Code 1899 (Qld) which states a person can not lawfully cause grievous bodily harm in the process of defending their property.

Call 13 14 LAW or fill out a webform and book an appointment with one of our lawyers.

The Right to Defend Yourself and Your Family

Obviously, the thing most people are worried about if an intruder enters their home is not their possessions but their personal safety and that of their loved ones.

To this extent the law does give people the right to use reasonable force to defend themselves and their family.

Exactly what reasonable force means has been set out in several cases and is articulated in the Criminal Code 1899 (Qld).

The law in Queensland states if someone is the victim of an unlawful, unprovoked assault and the assault is so serious that they reasonably believe their life is in danger – they are able to use force to defend themselves.

This is the case even if the force used results in death, or grievous bodily harm.

Further, the Criminal Code 1899 (Qld) also states it is lawful for you to use that same degree of force to defend a second person – for example your family member – from the same threat.

But This is Not the End of the Story

While the two points above are a clear statement of the law as it stands there are historical cases where people have been found not guilty of murder after killing people who entered their property.

For example, in 1957 the Victorian Supreme Court heard a case where a chicken farmer shot a man who had broken into his sheds to steal three hens.

The farmer’s family had been plagued by break-ins, with thieves targeting their birds.

A series of bells had been set up to alert the family to the presence of someone in their sheds and a loaded .22 calibre rifle, with 15 shots in it, was kept in the house.

When he heard the bells ringing the farmer made his way down to the chicken sheds and saw a man running away with his fowls.

From a large distance, he lined the thief up in his sights and fired five bullets – not all found their mark – but the man was killed.

Juries don’t produce written judgments on what influenced their decision so it’s hard to see exactly what their reasoning was.

However, the decision was later appealed to the Full Victorian Supreme Court.

And when the panel of judges considered the case they upheld the juries verdict – a controversial decision which has since been widely criticised.

Thus, while the law may be clear in stating a resident can not lawfully kill someone who has broken into their home, the act has not always resulted in a conviction of murder.