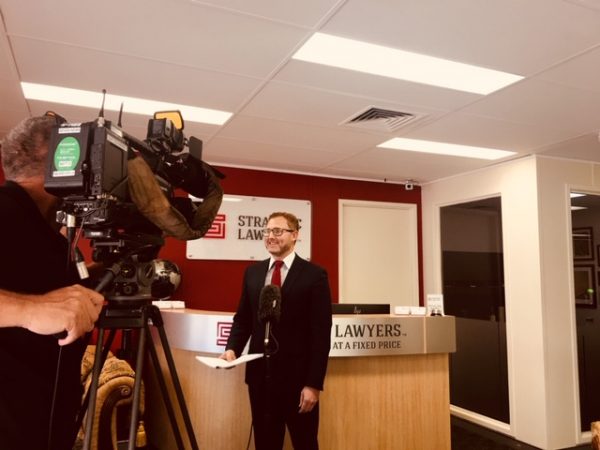 Wow, where did October go? It’s only two months until Christmas and for the team here Strategic Lawyers the year has really flown by.

This past month has been huge for the firm with the launch of our radio jingle, as well as several media appearances – which we’ve linked to below.

Firstly our Principal Lawyer Justin Ireland appeared on Channel 7 to offer a legal opinion on whether or not a resort will be able to go ahead on Hinchinbrook Island.

Then we spoke in newspapers right across the state about police fining cyclists for talking on their mobile phones.

You can read the coverage of that story here in the Sunshine Coast Daily, or in the Queensland Times here.

Grant Broadcasters which runs radio right across the state also picked up the story and they wrote it up in an editorial.

Later in the month we spoke to Channel 7 again, this time to talk about one of our client’s cases.

Ron Smith is locked in a battle with a boat broker after a yacht he bought broke down shortly after it was purchased.

You can see Justin explaining the case here on Channel 7, or read a story on the case from Grant Broadcasters here.