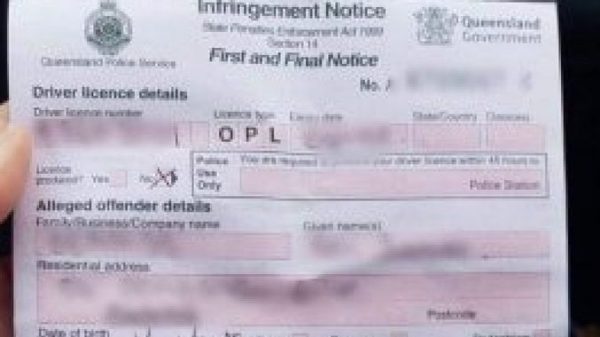 TOWNSVILLE Police have fined 44 cyclists for talking on their phone while riding their bicycle, over the past four years.

The most recent data from the Queensland Government shows the fines – which are valued at $391 – are being issued with surprising regularity.

A report about a man in Loganholme in south Brisbane copping the unusual infringement notice made national headlines this week.

Check out these other stories on our blog:

>Why are Townsville Police fining people for not locking their car?

“Under Section 15 of Queensland’s Transport Operations (Road Use Management – Road Rules) Regulation 2009 both cars and bicycles are defined as vehicles,” Mr Ireland said.

“This means if someone is riding a bicycle on the road many of the same road rules apply to them as apply to cars.

“Under Section 300 of the same regulations it states the driver of a vehicle (which includes bicycles in this case) must not use a mobile phone if the vehicle is moving, or stationary but not parked.

Get in touch with one of our lawyers now

“The maximum penalty is surprisingly high at $2611 – it’s unclear why the government has done this but there is an exception for police and emergency vehicles.”

“I personally think that should be reduced to the $391 fine presently used by police and the parliament should have to be accountable for an increase and pass an amendment,” Mr Ireland said.

“My personal opinion is that it shouldn’t be an offence for a person riding away from the road to talk on their phone, but it should be illegal to do this if you’re on the road.

“There could be an amendment to create an exception for off-road push bike riders in these circumstances, and also for bicycle riders not to have to wear helmets unless they’re on the road, which I think would be appropriate.

“On the V8 weekend in Townsville I personally saw police drive off the road to a footpath and stop and fine a young kid on Queens Rd for not wearing a helmet, surely they have better things to do?”