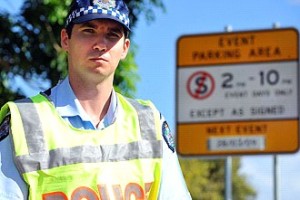 Over the past five years police in Townsville have fined 68 people for not locking their car.

While police generally issue the fines for $44, under Queensland legislation the maximum amount they can fine people for this “offence” is actually a whopping $2611.

The fines were revealed in public data posted on the Queensland Government website.

From Queensland Police’s perspective the fines are aimed at preventing the theft of cars.

The news of the Townsville fines comes as police on the Sunshine Coast in the state’s south-east pose for local media while opening the doors of unlocked cars at a Stocklands shopping mall.

During that media stunt no fines were issued.

And south of the border a New South officer said while police did have the power to issue fines like this it would be “crook” for them to enforce it – although he didn’t rule it out.

“It would be a crook day when we have to do that, but that’s one of the options up our sleeve,” Detective Inspector Brad Ainsworth told the ABC in July.

“It’s ridiculous to fine people for this – you are punishing the potential victims of a crime rather than a perpetrator,” Mr Sturgeon said.

“Also, the parliament needs to pass an amendment reducing the maximum fine down from $2611 – even if people are currently only being fined $44 – the idea someone could face a fine of thousands when all they have done is make themselves vulnerable to a criminal act is absurd.

“This is a shocking waste of police resources and I suspect the real reason the fine amount is so low is it means people are unlikely to take the police to court to fight them – because the court costs of any appeal would quickly outstrip the value.

“This isn’t the only absurd part of the law we’re talking about here – the same section also says you’ll get a fine for $2,611 if you park your car in the snow and it slides away – not something I’d imagine gets a lot of use given the laws are Queensland specific.”